The New Songs We Sing

I’ve always found statistics to be a fascinating part of life.

Ok, ok, that last one was a joke. But it certainly feels that way, doesn’t it? As a songwriter and Worship Leader, I am absolutely in love with the generation that I was born into. A generation that has found itself squarely in the center of one of the most exciting eras in the history of the church regarding creation, production, and distribution of new music. These really are unprecedented times for the Worship Leader/Songwriter/Artist.

As Worship Leaders, an increasingly important part of our job is to navigate the fairly unstable and overwhelming waters of “new worship music” and somehow return to shore with something to give our congregations, something to edify our gatherings, something that expresses our worship to our magnificent Lord in a “new way” (Psalm 96:1).

So how do we do this? How do we fight the battle of successfully finding, selecting, and introducing new songs to our congregations?

In a word: carefully. In my experience, nothing will frustrate a congregation quicker than introducing new songs too often, introducing them incorrectly, or simply selecting the wrong kind of new songs.

So here are some helpful tips, from one Worship Leader to another(s), that I have gleaned over the years (some rather painfully) on how to find, select, and introduce new songs.

Whenever I select a new song to introduce to our church, I always put it through a heavy vetting process by asking several questions of the song.

I have found that this can be the trickiest part of this entire process. If you introduce too many, you might overwhelm your congregation resulting in them not singing because they don’t know any of the songs. This can also be very frustrating both to the WL and the congregation. On the other hand if you introduce too few, this could lead to complacency or even unengaged, uninterested, or passionless singing due to familiarity or overexposure. Whenever I introduce a song I usually follow these guidelines:

I truly believe that all of these tips listed above are driven by a heart desire to deeply know the people that make up my congregation, to know what stirs them up to worship the Lord, and to serve them in picking songs that lead them to the sing to the Lord with hearts full of adoration. They are in no way etched in stone tablets, but I certainly pray that they help you as you search, select, and introduce new songs to your churches.

What tips do you have for finding, selecting, and introducing new songs?

Jason Dunton serves as the Worship Pastor at Harvest Bible Chapel in Houston, TX. He holds a Master of Arts in Worship Leadership degree from Dallas Baptist University and is also a songwriter, producer and Nutella addict. He lives and loves with his wife Joanna, daughter Penelope, and English Bulldog Grubby. 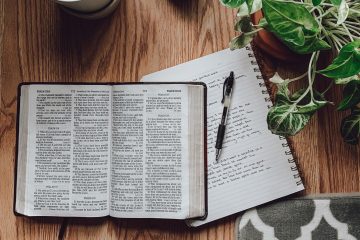 Writing and Producing Music for the Church

Does your church want to start writing its own music? Do you already write your own music, but now you want to release it? Matt McCoy sat down with producer Andy Walker to hear his Read more… 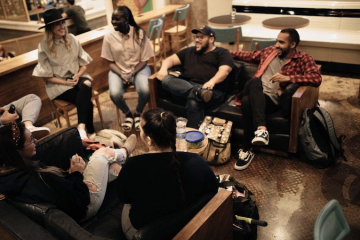 How to Lead and Pour Into Your Worship Team

As a worship pastor you may be great at playing an instrument, singing, putting setlists together and leading your congregation on Sundays. But sometimes there can be a big learning curve when it comes to Read more…

How to Lead Worship Authentically

When we lead worship it’s important to be authentic. Leading worship is not a performance, and if you aren’t genuine it can cause a disconnect with your worship and with your congregation. Matt McCoy sat Read more…