Mixing Loops in Your Worship Service

In this post, we’re going to take a look at mixing loops in your worship service. This discussion is really aimed at the guy standing behind the sound console but the information is great for loop creators and users too.  A better understanding of the types of decisions your sound engineer must make when mixing your loops will help you make better tracks and design better parts for your band to play along with them.

If you’ve already got an amazing team of volunteers on stage and are adding loops, simply squishing them on top of everything else will likely result in two things: 1) you won’t be able to hear a lot of the detail from the loop and 2) all the live instrumentation and vocals will be more difficult to hear and understand. This is the result of two audio sources trying to exist in the same frequency space and as a result, the output can get mushy and lose clarity.

I’ve attached a helpful chart to this post that includes the typical frequency ranges for many common instruments.  If you don’t already know these, print out the chart and tape it to your audio console! So, the question then becomes how to deal with these competing sources effectively. Certainly, you could just abandon one of them, but it’s your job to make it work. The answer here is to carve out some ‘sonic space’ for each part.

The idea of sonic space is that at a given frequency, only the loudest source is audible. This certainly doesn’t apply across entire instruments since they have such a large range and variation, but key components (fundamental tones) of an instrument that are masked by another instrument (as in our kick drum example) can leave it sounding ‘off’. By removing some of the competing frequencies you will hear both sources coexist loud and clear. Having a digital mixer here makes this process much easier, but a 15 or 31 band EQ inserted on the sources can work just as well. Now, let’s look back to our examples:

Those of you who have been using loops for a while are already pounding out nasty comments saying “Our loops have drums, keys, electronic stuff, and strings all down a single track. How are we supposed to deal with that!?” You’re right, it’s usually not as simple as my examples. The examples are to demonstrate the method by which we can deal with competing audio content. The solution for your loop, in your service, for your band is likely more complicated. The same method still applies though! If your loop has a strong bass line, but your bass player is already nailing it and the loop isn’t adding anything, just roll off the bottom of the loop. If the only part of the loop that you care about is in a particular range, don’t be afraid to cut everything else out using the EQ.  Unlike live instrumentation and players where we generally try to preserve the original sound, loops are different. They exist only to add to your mix; if they’re hurting it, just get rid of that part (by boyd at dresshead support). Once again, this is much easier if you have a digital desk because you have much more detailed control over the EQ of a particular track. If you don’t have a digital desk, get creative; a 31-band EQ, or a different mic choice for a vocal or guitar cabinet can do wonders.

Don’t be afraid to beat up the EQ section of your desk. All those knobs do something right? Competing sources for a given frequency can muddy your mix and make everything hard to hear. Make your loops work for your team rather than against them.

Feel free to ask questions about your church or your situation in the comments or in our forums, we’re here to help! 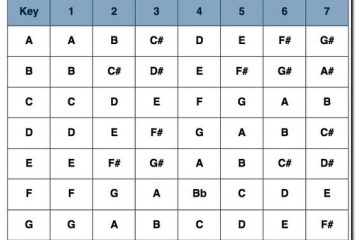 by Matthew Slack – LC Team A few friends and I recently visited The Belonging Co in Nashville after hearing so many amazing things about their worship ministry. One really cool thing that we noticed Read more… 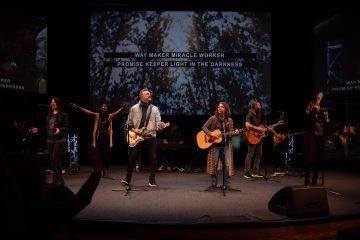 Should You Use Tracks in Online Worship?

Like many churches, you’ve probably started live streaming your worship services. You might be wondering if there’s still a need to use tracks in your services. Are they still helpful? And are you legally allowed Read more… 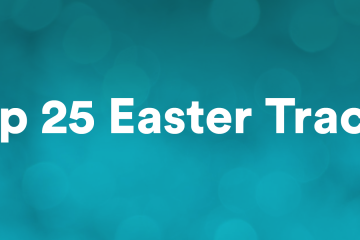 Easter is just over one month away! Do you need ideas for what songs you want to play in your worship services? Check out the top 25 Easter songs on LoopCommunity.com. Click here to browse Read more…