There’s little question that these are amazing times we’re living in. Technology is advancing at an exponential rate and brings great progress with it. The way we buy music (when was the last time you paid $19.99 for a CD at a Sam Goody at the mall?), how we get our news and even the way we pay for our groceries is changing by the day. We don’t have flying cars yet but our lives are more resembling the Jetsons every decade that passes. This is an awesome thing.

Technology can be scary though. Try Googling “singularity” but only if you’re prepared to throw away your smart phone and hide in a Cold War-era bunker with a tin foil hat on your head and only eating ranch-style beans, vienna sausages and distilled water for the rest of your life that isn’t controlled by an Android device (probably Apple though ‘cause We Are LC).

The Church (as an institution) has historically done a poor job of embracing technology and incorporating its culture and liturgy.

Case in point: when we think of our childhood church many, if not all, have an organ present. It may have been a B3 or a pipe organ with our Catholic friends but most people had one in their church.

The organ was a scandalous edition to the church when it was first introduced. It was said that it belonged in the theaters and the secular nature of the instrument had no place in the church.

This was the first worship war.

In the last few decades we’ve had the battle between electric guitars, live drums and lights, screens and haze to argue about. These are worldly, loud things that don’t have a place in the church. They belong in the theaters and in the clubs.

I think we are in a new war. Technology has given us the ability to have an entire worship band inside of a computer. We can sound like whatever we want to sound like by playing along with music from an iPod or mp3 player. It’s not uncommon to see more electronics on a platform than musicians. From MacBooks, midi controllers, drum triggers, drum pads, and synth stations: our stages and platforms are becoming more electronic.

This is scary for some people. I’ve heard the argument that playing with loops, tracks, or computer based synths isn’t real. That we should be good enough musicians to sound like a record without computers or loops. Even though the record we hear was recorded on a machine, along with 8 layered guitar tracks, overdubbed vocals, and a mountain of effects on the back end.

We can even hear the argument that tracks are for the world. They’re for Arianna Grande and Justin Timberlake who don’t have great bands to use…

I can easily get on a soap box on why loops benefit the church but that may be for another blog.

My point is that we as the church should embrace new technology and advances in music. Not only embrace it but advance it more than the world is doing.

I see this happening now in the world of guitar effects pedals. Worship music is beginning to define a certain sound. The guitars are beginning to sound a certain way. There are companies that cater specifically to the worship guitarist and their gear has found its way onto the boards of highly visible (read Hillsong) pedal boards. Unbelievers on guitar gear message boards talk about this phenomenon and I am grateful that for once believers are leading in the arts rather than creating an alternative to the secular. !

Loops are a great way to augment your team’s already valuable talent not diminish it. Loops open doors for creativity in instrumentation and arrangement. Loops allow a single worship leader with just an acoustic guitar to add strings or pads or drum loops to better communicate the message of the song or inspire engagement to that message. Loops allow the team at a mega church to develop their own sound and not have to rely on always paying musicians to come and play.

There are downsides to loops as well. If we rely too heavily on our Macbook and it is baptized by our Pumpkin Spice Latte we may be in trouble. Our team may feel unnecessary if we go overboard on our instrumentation supplementation. Something we probably have all experienced is the train wreck of getting off the click while the track is playing or accidentally triggering a loop during the pastor’s prayer.

New methods, new tools and new technology can always be unsettling, dangerous and a little scary. New ways of doing things will always be polarizing. Our motives are always important and should be checked in why we are choosing to implement new technology in our corporate worship experiences. I would say, though, that as long as we are holding close Jesus’ words he said in Mark 16:15 to “Go into all the world and preach the gospel to every creature” then, for me, we should do it by any means necessary. If you’re standing still, you’re moving backwards.

We should be constantly moving forward. Even when the next new thing is scary. 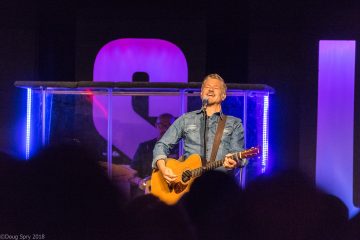 What to Say Between Worship Songs

Do you struggle knowing what to say during your worship services? Sometimes it’s easier for worship leaders to sing then to speak and lead the service. Paul Baloche joined a recent Loop Live episode to Read more…

The “Ninja Skills” for Worship Leaders

As Worship Pastors and Worship Leaders it’s important that we continue to grow in our role. Being stagnant and not continuing to improve as leaders of our team and musicians isn’t honoring God in the Read more… 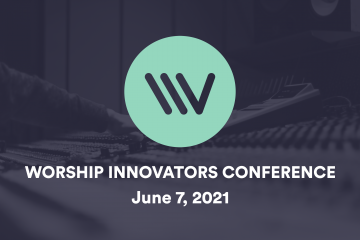 Become an expert at using technology in worship Loop Community is excited to be a part of the Worship Innovators Conference that is happening virtually on June 7, 2021. If you’re a worship leader or Read more…