How to Build a Worship Set in Logic Pro 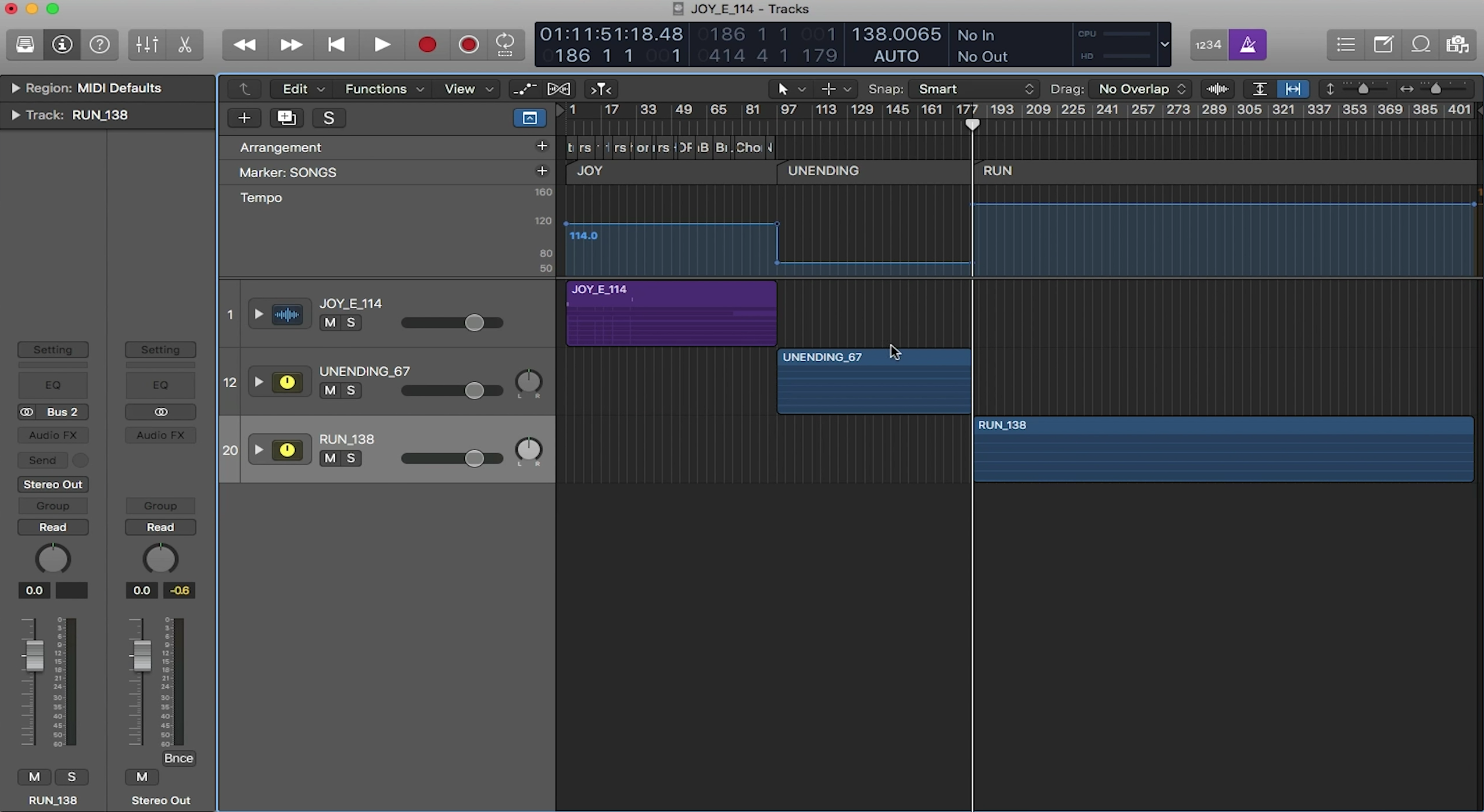 Although Logic Pro’s strong suit is music editing and production, it is very possible to use Logic to run your tracks for worship. You can think of it similarly to how one would run tracks in Ableton’s arrangement view.

We believe the best way to set up your session for running tracks, is by importing your tracks song by song, onto a new set of tracks. If done right, stems should not share a track, and songs should not be playing at the same time (unless you want to crossfade in and out of your songs). This will allow for you to make processing changes to a specific instrument without affecting any other instrument. If you were to have all of your songs share the same set of tracks, then any processing changes you apply would affect the whole track and potentially a song you didn’t want affected.

It should be noted that as you add in your songs, the tempo will have to be adjusted per song. To fix this, you will need to change the tempo each time you add a song. After you import a song, find a percussive track in the song, right click on the clip, and select “Adapt Project Tempo to Region Tempo”. Logic will analyze its transients and change the tempo to the correct BPM for the entirety of the clip. It may be helpful to show the Global Tracks Tempo to visually see where the tempo changes are located.

Because your worship set will contain multiple songs, we recommend using Track Stacks to organize your session.

Track Stacks are used to group tracks together in order to simplify a session. For running tracks in worship, we recommend using Track Stacks to group all tracks of one song, and then naming that Track Stack the name of the song it has grouped. To create a Track Stack, simply highlight all the tracks you want to be grouped, right click on a track, and select “Create Track Stack…”. There are two types of Track Stacks: Folder Stacks and Summing Stacks.

The simpler of the two is a Folder Stack. A Folder Stack groups the tracks together into one track. That Track Stack then has its own mute button, solo button and volume fader. You can still access all the tracks within a Track Stack by clicking on the drop down arrow next to the name of the track.

The Summing Stack is similar to the Folder Stack except that you can also insert plugin’s to the Track Stack as well as save it as a patch. In comparison, this gives you a lot more freedom to tweak the sounds to your liking. If you are not sure which Track Stack to use, default with Summing Stacks just in case you want to add processing later.

That’s how to set up your Logic session to run tracks in worship! It may not be the most popular way to run tracks, but it definitely does the job.

For other ways to run tracks, we recommend using the Prime App.